Not The Best Recived Game

Anthem was released to the world in January of 2019, where it was not met with the warmest of receptions. To most this was an overhyped game that failed to deliver on a lot of the promises, and fell short on a technical level. Bugs plauged the game to start, and with repeative missions and for lack of a better term, annoying gameplay, people quickly turned away from this title.

This is not the article to talk about that though. This is more a review of a guy playing Anthem in December of 2020 on an Xbox Series X and giving an honest review.

Review Of Anthem / Is It Good?

I was able to pick this game up on sale through Microsoft for $5.99 USD, and I think that is very important to note. You can still get it for this price for the next 13 days From Their Store

Lets get this one out of the way early. This game on th Xbox Series X, on a 4K HDR TV looks amazing. The visual effects from explosions, the reflection of lights, the depth of the jungle. The armor you fly around in looks really nice, and you can custom the paint on it to make it look to your liking. They all just pop like nothing I have really seen before, but this is really about where it stops in terms of the good news.

I have been playing around 8 hours, and I can say that a lot of the areas just feel the same to me. I am either flying through a jungle and shooting some enemies when I land, or I am in a cave or some kind of rock formation. Add in a random area at times that looks like the inside of an old spaceship, and you have anthem. 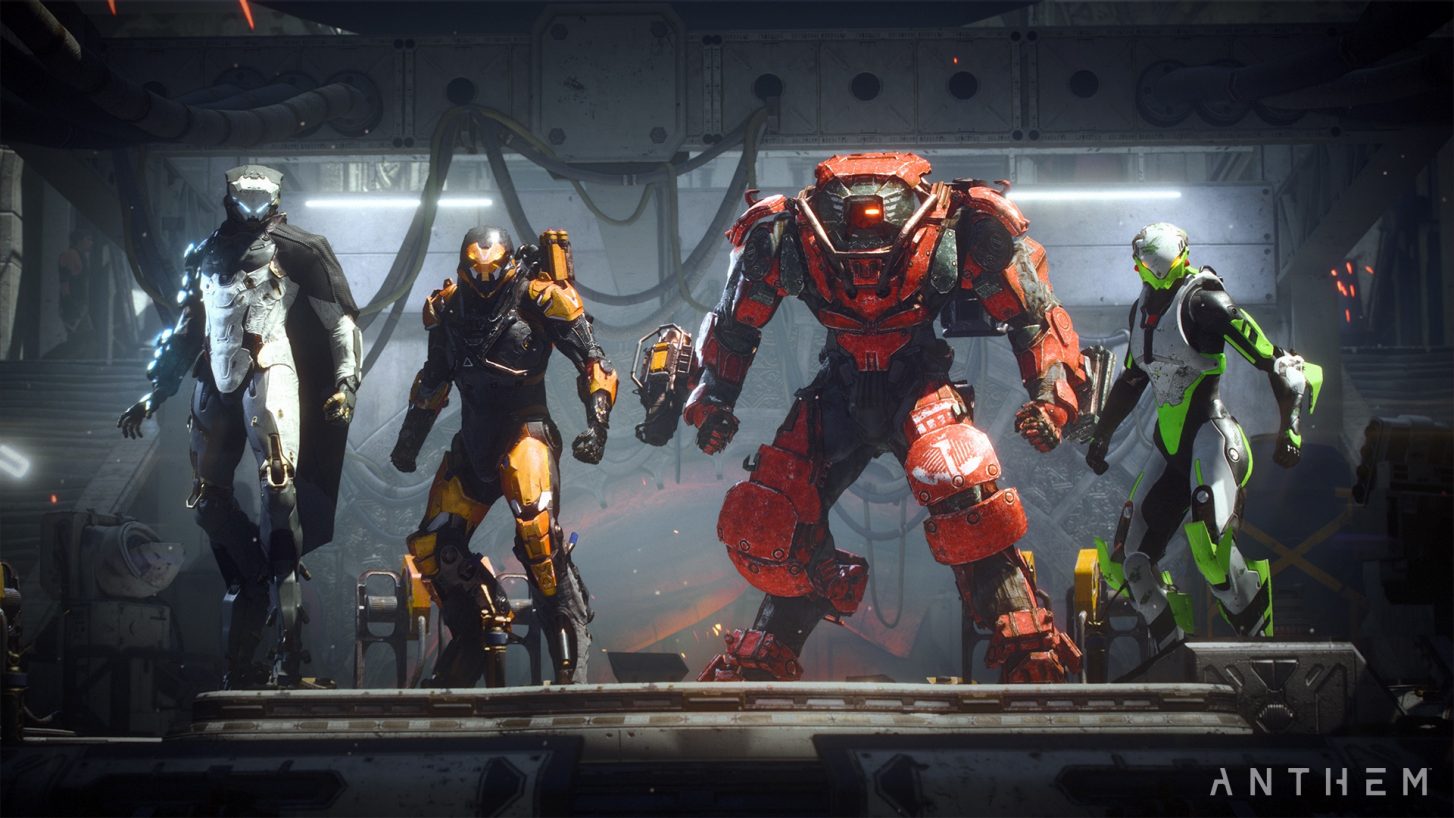 For december they added in snow effects in a lot of the areas, and I hate it. Everything seems very white washed with snow. It makes me miss the dense jungle scene. If I wanted snow, I would go outside (Thanks New England). The snow doesn;t even really change the game that much except for hurting my eyes half the time.

Sound in this game has been pretty good. I am playing off my home theater system. I have two speakers in front and two in back, and I am to lazy to get the sub woofer loaded up (I bet it would make a difference). Nothing to fancy in the sound department, it more just what I would expect. The sounds of each gun so far have not been to different, just enough to know it, but not enough to make each one their own.

I have not really noticed a difference in sound when I am in a confined space such as a cave, and to be fair I have not really tried to much in terms of testing. As an example if you shoot metal v. rock does it sound different or is it just the same impact sound. I would guess if they really had put time into it I would have noticed it out of the gate.

Gameplay is a tough one for me, mostly because I do not like to play online with random people. This really makes games like Anthem harder for me to play since there is a large focus on playing online. That being said I will try to break this up into two parts, the first being the solo game that I played, and the second being online.

I have been using the ranger lancer since it is the most well rounded. Playing a game solo I need to be good at both offense and defense if I am going to survive. Thats just my playstyle.

Playing solo is not bad, I find I can make it through most of the missions without the need for someone to help me. I might die once or twice, but once I get the idea of what is going on I am able to kite around the bosses or do what I need to quick enough before I am overwhelemed. The worst part playing solo in a game like this is I am always the target, there is no one else to agro and take the bullets for me for a bit. I find myself ducking for cover a lot, or trying to group everyone together so I can place a well timed explosion.

The worst part was dealing with the freeplay missions where I needed to do world events or find treasure chests. The game is not the best at showing you what to do, so it was a while before I found some world event missions I was able to clear without the need for other people.

There are also random parts where you need to silence a relic by collecting glowing bals of energy and dropping them off into a special location. This happens way more than it needs to. It happens so much in fact that I dread it anytime it comes up. If there were different eays to do this I think it would be better.

There are also parts of missions that require you to stand within an area for an amount of time. This is another over played action that I could do without. Everything from hacking a computer to arming a bomb, just stand in an area until the timer is up. This plays an important part later in the multiplayer that I will rant about.

The worst part of this thogu is the flying. WHile flying you have a heat meter that needs to be managed, aka you can only fly for a limited amount of time. So you are telling me that in a world where they build giant robots, have crazy weapons, and people can fly around like iron man, they have not solved the heat issues of engines? I don’t buy it. The “good news” is if you flying through a waterfall, or fly down at a high speed, you cool yourself giving you extra time. To me it’s not worth it since you can easily land and refill the meter in a matter of seconds. No real need to go out of your way to cool off.

Plays Well With Others

I don’t like playing online with other people. I am not the best gamer and I don’t claim to be. Playing online is just not something I enjoy unless I am playing with people I know, which happens few and far in betweem since all my friends have kids and lives. Also since I normally only get to play games super late at night while my kids are asleep, I doubt they will want to stay up late and play games with me.

Anthem forces you to play with others at some point. Freeplay is where you roam out into the open world and fly around doing as you please. You are matched into a game with 3 other players, and can do some basic communication via emotes. I have found int he three or so times I went into freeplay that there are not currently a lot of people working together. That worked for me.

Anthem also forces you to play with others when you take on a stronghold. Think of these missions as a raid of an enemy base. You do a bunch of objectives, fight a massive boss at the end, and get some loot. There is not much to say here, it’s exactly what it sounds like. The one part I hate, is standing in the area for a set amount of time. Normally playing solo it will go mildly fast, but in multiplayer you need every person in the area, or the bar fills at a snails pace, if at all. I always seem to be matched with a group of people that don’t understand how this works, and the raid…..errrrr stronghold takes forever.

Is Anthem Worth It

I spoke about how I only paid $5.99 for this game and I think that is the most important part of this whole thing. For that price I think I got what I paid for. A decent looking third person shooter, with some flying, very little puzzle solving, and really…..REALLY annoying overplayed video game pitfalls.

I am enjoying the game so far, and I feel like anything above $15 would be over priced for it. In reality this seems like a great game to play with friends. It falls into the same issues as The Division and The Gears series. While they play fine solo, it really shines when your friends jump in.

I would give this game a solid 6/10 if I had to. Pick it up on sale, or play it at a friends place if you really want to get a feel before you sink money into it.